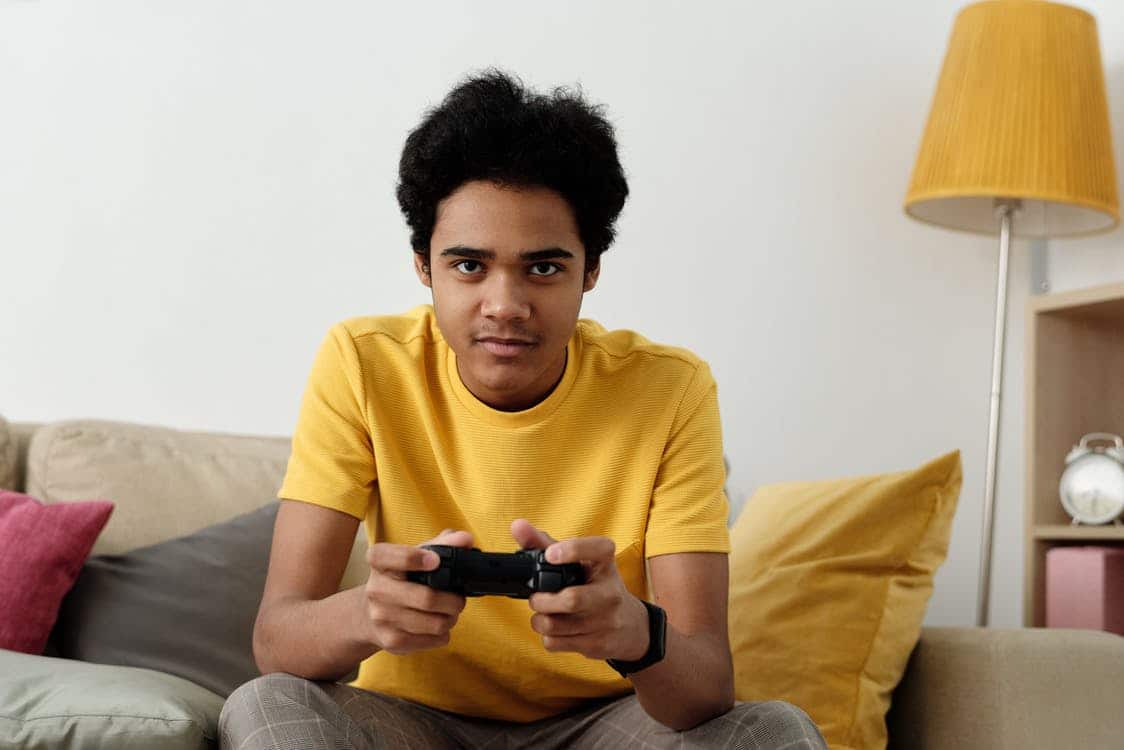 According to research from the charity AbleGamers, up to 46 million gamers in the United States have some sort of disability that affects them being able to play video games. However, most video games and board games available these days are designed for those with perfect vision in mind.

Lenstore has taken an in-depth look at video games to determine the most accessible game for those with visual impairments.

You can view the full study here: https://www.lenstore.co.uk/research/videogame-accessibility/

Take a look below to see which games made the top five:

I have included the full press release below but please let me know if you have any questions or need any additional information.

Lenstore has taken an in-depth look at the top rated and most accessible video games and board games to reveal how well the industry supports visually-impaired gamers.

The global pandemic has meant that many of us have spent an unprecedented amount of time indoors and at home with not much to do – other than baking banana bread and binge-watching TV – numerous people are turning to playing games.

Lenstore has taken an in-depth look at the top-rated games of all time that offer a colour deficient mode, to determine the most accessible game for those with visual-impairment. The most popular games of 2020 were also analysed to find out how equipped they are for disabled players and to highlight the lack of accessibility for those with disabilities in the gaming industry.

A study by DFC found that as of August 2020 over 3 billion people around the world were playing video games and with the next gaming generation such as the PS5 and Xbox Series X finally here, this number is set to grow.

However, most video games and board games available these days are designed for those with perfect vision in mind. The small text, flashing images and colours that don’t support those with colour deficiency are often overlooked in the gaming community.

Analysing the best rated accessible games, it’s no surprise that 2020’s The Last of Us Part II proved the most best for people with a visual impairment: the publisher, Naughty Dog, set out to create a game accessible for as many players as possible and they accomplished this by providing 60 accessibility settings.

The game has accessibility presets which include recommended settings for vision, hearing and motor, however players are able to modify these so that it fits their individual needs.

The game is also one of very few in the industry with native support for Text-to-Speech and offers a number of specific gameplay features – skip puzzles, avoid falling, and hide from enemies – that are designed to meet the needs of those that are visually-impaired.

The Last of Us Part II is, however, only available on PlayStation 4. The next most accessible game, World of Warcraft, is only for PC players, but is one of the longest-standing games on the list, having been released in 2004.

Whilst it is important to celebrate the specific video games that are successfully accessible to all, there is still more work to be done to adopt this across all mainstream games.

The following games were rated as the best in 2020 and have been ranked by how they stack up when it comes to supporting those with visual-impairments:

It’s clear that mainstream games are falling short in providing support for those with colour deficiency.

While games that appeared in the most accessible games list, like The Last of Us Part II and Microsoft Flight Simulator, offer distinct modes to support visually-impaired users, other popular games like Ori and the Will of the Wisps offer little to no aid at all.

Although it didn’t make it into the top-rated games, driven down by recurring bugs and underdeveloped systems, Cyberpunk 2077 was the biggest digital game launch of all time. It incorporates multiple aim assist options, as well as the option to remove weapon sway and adjust text size. Filters for protanopia, deuteranopia and tritanopia (colour deficiency) are all available.  While it almost matches The Last of Us Part II for options, users might be surprised to find that in Cyberpunk 2077 not all controls can be changed, even on the PC version.

Board games that are accessible to the most visually-impaired

Board games are a great activity for friends and families spending time together, and with only minimal adjustments for those with visual-impairments, they can provide some tremendous fun with the people close to you.

These are the top five board games (based on rankings from Board Game Geek (BGG)) which are either suitable for all or can be adapted for play by anyone with visual-impairments:

“This study highlights a need for more accessibility in the gaming industry, as well as emphasising the importance of including features that can support players with a disability, to make this popular hobby inclusive for all.

It is great to see that certain games are giving consideration to those with visual-impairments, however, there is more that can be done to help support the millions of players who are currently missing out.  We hope that with this study we can bring to light the need to set a standard for how games should be adapted in order to be welcoming for all types of gamers.”

We collected data from the highest rated games on Metacritic in 2020 as well as those that offered support for colour deficient players (please see all metrics below). Each metric was awarded a score and these were combined and indexed to determine the most and least accessible video games.

To determine the best board games, a seedlist of traditional board games that can be adapted for visual-impaired people was used. For each, a “BGG Average Score” and rank was found on BoardGameGeek, which was then used to rank them.  The “BGG Average Score” is based on the average of all the ratings from registered BGG users which has been calculated by adding up the individual ratings and dividing by the number of ratings.

We offer the big brand lenses our customers want, at small prices, delivered to their door. But our service doesn’t end here, our team of opticians and eye care experts are on hand to help you get the most out of your vision. Whether that’s help finding the right lenses, how to practice proper lens hygiene or even tips for how to manage hay fever. And we provide all our customers with free eye tests and contact lens checks.

Lenstore is here to help you manage your eye health in a way that suits you.